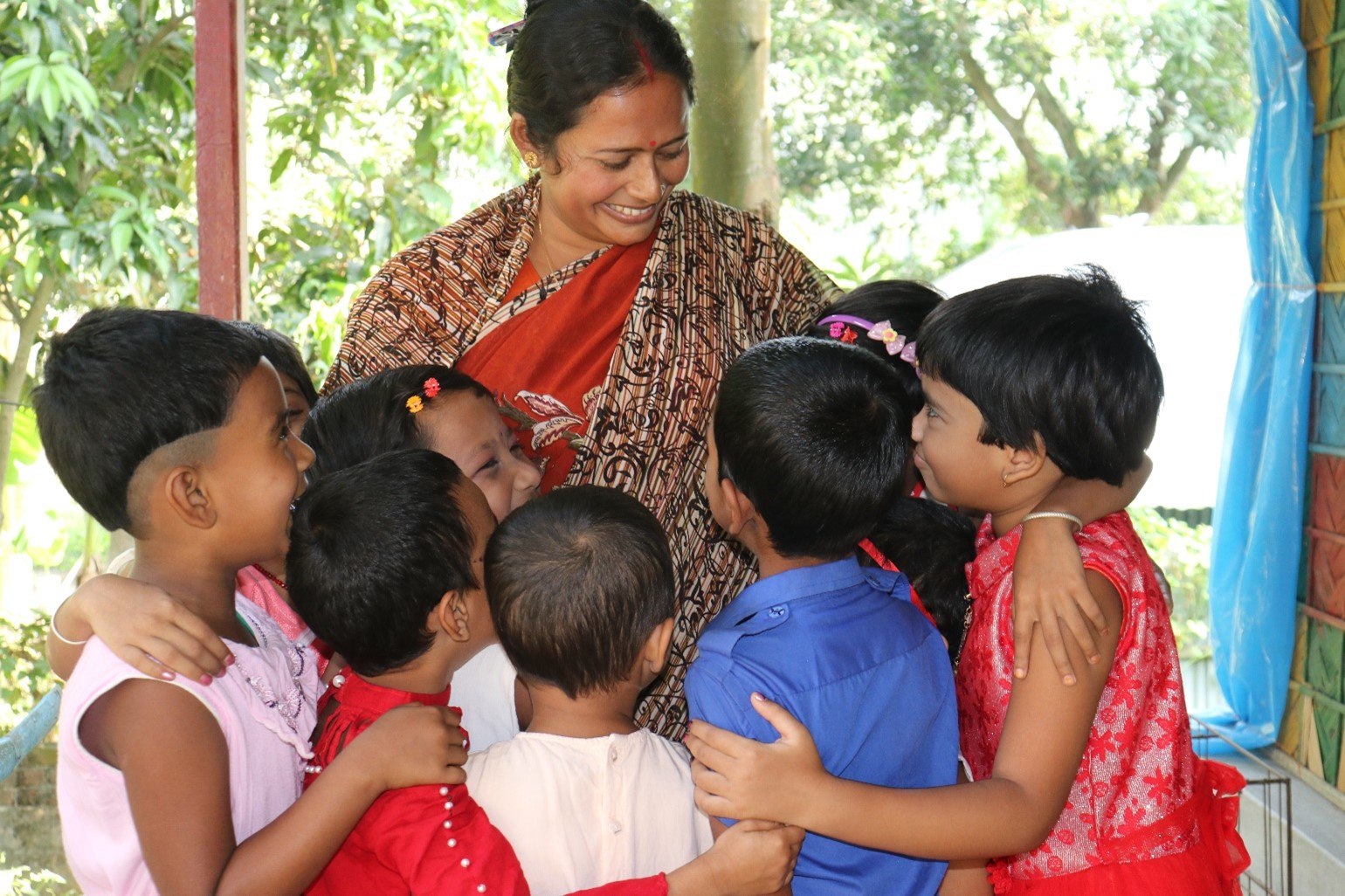 On February 22, the Bangladesh government approved a three-year project that will reduce drowning deaths in children, a silent epidemic that is the leading cause of death among children between the ages of 1 and 4 in the country. The Integrated Community Based Centre for Childcare and Protection, Women Enlightenment and Swim-Safe Facilities Project was approved by the Bangladesh Executive Committee of the National Economic Council (ECNEC), the highest government body which approves economic and development activities. The project supports community childcare centers, which have been demonstrated to be an effective solution to child drowning and reduce reduces drowning by more than 80% in the country. The passage of this project was followed by almost two years of advocacy by the Global Health Advocacy Incubator (GHAI) to raise awareness of the issue and the demand for a solution from families of victims, vulnerable communities, the media and civil society organizations.

Drowning is the 3rd leading cause of unintentional injury and death around the world and 236,000 people worldwide die from drowning annually. Over half of the world’s drowning occurs in Western Pacific Region and South-East Asia Region. In addition to Bangladesh, GHAI also works on a sustainable drowning prevention program in Vietnam and is looking to expand to other countries. 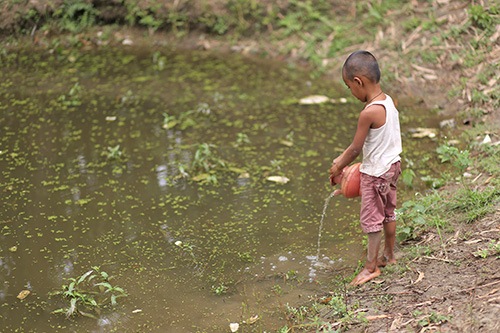 Bangladesh has one of the highest drowning rates in the world among children under five, where 30 children die each day. Eighty percent of these drownings happen within 20 meters of the family home – mainly in ditches, ponds and other open water bodies and the lack of adequate supervision results in 70% of drowning deaths among children under five. These centers also promote enhanced early childhood development and improve economic and social status for the women who oversee the programs.

Bloomberg Philanthropies developed this comprehensive childcare model and has been testing and funding it in Bangladesh since 2012. In July 2020, Bloomberg Philanthropies brought in GHAI to build local capacity to educate the public, media, and political stakeholders about the problem of child drowning, the effectiveness of interventions and the need to fund them.

“Child drowning prevention had originally not been a priority for the Bangladesh government” said Ruhul Quddus, GHAI’s Country Lead in Bangladesh. “There was a lack of understanding about risks of child drowning and prevention methods and a need to bring this neglected issue to the forefront so increase demand from the public and awareness from policymakers.” 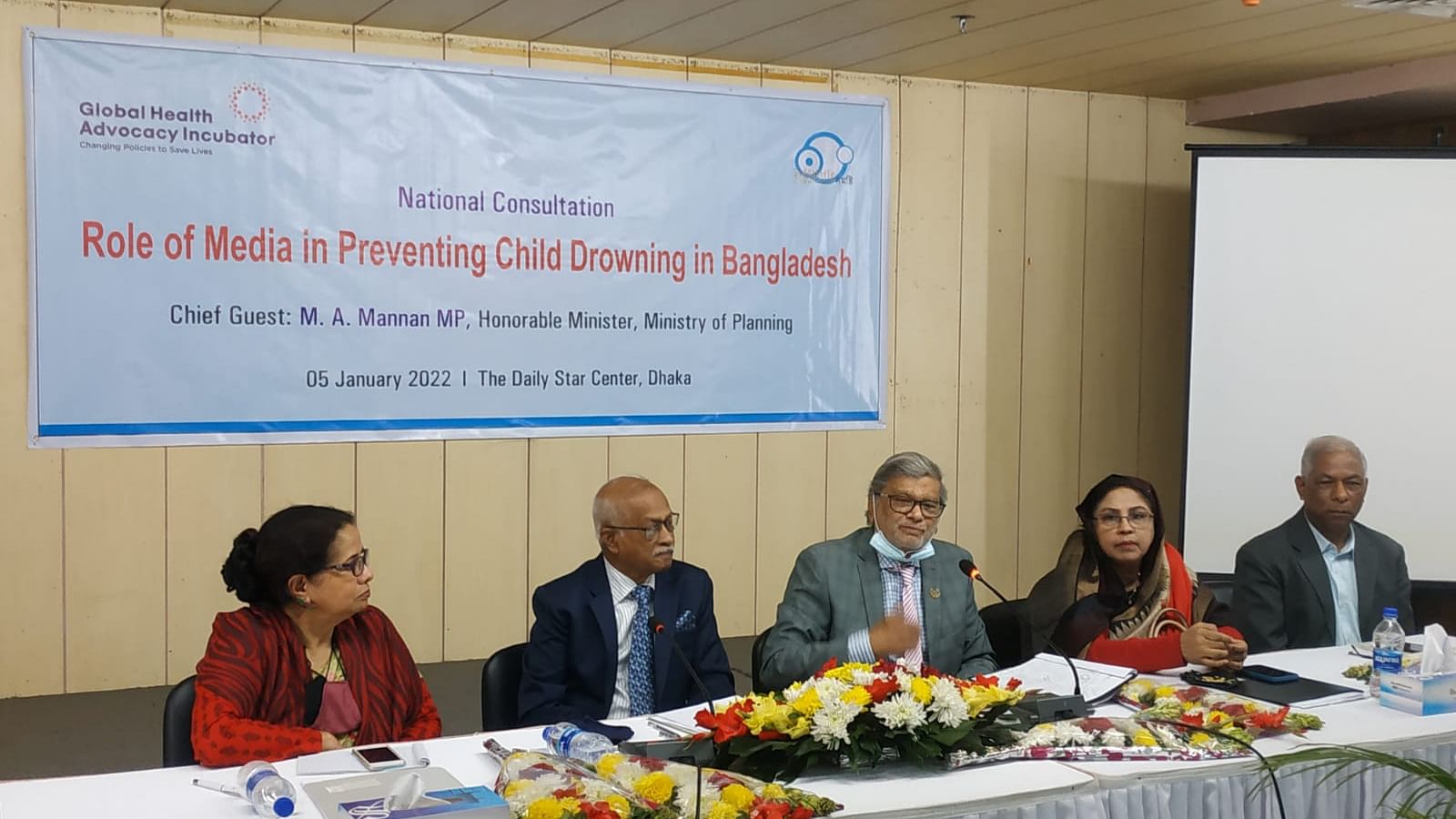 To do this, GHAI created an enabling environment for support of drowning prevention interventions through strategic communications and advocacy efforts to educate the public, media and government stakeholders on the issue and elevate the importance of the need for ongoing government investment. We sensitized government officials through meetings and regional and national consultations that included voices from victim families and beneficiaries of the childcare project, which provided an authentic voice and humanized the problem. We executed communications activities, including generating media coverage, journalism workshops, the creation of a journalism network, community radio programming to reach hard to reach communities, and the creation of a Child Drowning Free Bangladesh Facebook page to raise awareness for the issue and the effective of interventions, such as childcare centers.

Last year, Bangladesh took on a role as a global leader in recognizing the importance of child drowning co-sponsoring the first -ever UN Resolution on drowning prevention, adopted on April 28, 2021, and helping to have July 25th designated as World Drowning Prevention Day, committing governments to greater efforts to prevent drowning.

“Bangladesh has made great strides in reducing child deaths from drowning and will continue to do so with the implementation of this project” said Vandana Shah, Program Director for GHAI’s Bangladesh Drowning Prevention program. “The success of the project may also encourage and guide other countries to prioritize drowning prevention and adopt proven interventions like comprehensive childcare model for child drowning prevention to address it.”