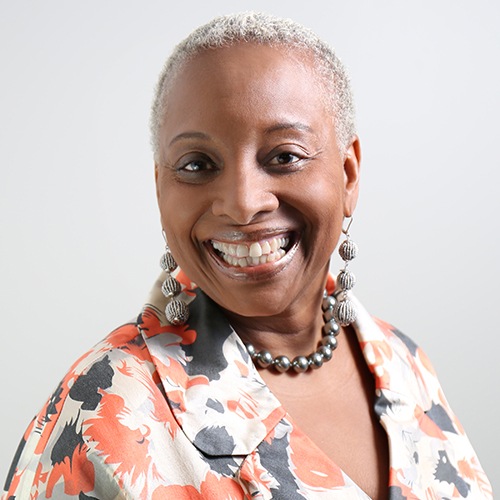 International Women’s Day was this week, and we joined with Women in Global Health on Twitter to celebrate women advocates and discuss ways to build more equitable health systems.

We know the statistics: non-communicable diseases (NCDs) cause two in three of women’s deaths annually. Women in low and middle-income countries (LMICs), where 82% of all NCD-related premature deaths occur, are hardest-hit. More broadly, there is almost no society in the world where women are not impacted disproportionately by traumas, conflicts, natural disasters or food insecurity. Yet, women often aren’t at the table where responses and policies are being planned.

The 2018 report of the Lancet Global Health Commission quantifies some of those consequences. More than 8 million people die each year from conditions that their health systems should be treating, resulting in US$6 trillion in economic losses in 2015 alone. For example, when mothers and their children visit health clinics, on average they receive only half the recommended clinical actions.

Why aren’t women getting the care they need? The report addresses that, too. “Quality of care is worst for vulnerable groups, including the poor, the less educated, adolescents, those with stigmatised conditions, and those at the edges of health systems, such as people in prisons.” Here again, women are disproportionately impacted: they are more likely to be poor and less likely to have gone to school or learned to read and write. There is also a more direct reason highlighted by the Commission report: gender discrimination. “Disrespect and abuse of women during childbirth has been widely reported in LMICs, including documented instances of physical abuse, non-consented clinical care, no confidentiality and dignity, discrimination, abandonment, and detention in facilities.”

This truth must be acknowledged by health systems, but it’s broader than health systems. It’s about designing systems that take into account the real pressures women face in their everyday lives. At the Global Health Advocacy Incubator (GHAI), I work with CSOs in diverse political systems that advocate for public health policies that reduce death and disease. Prior to joining GHAI, I was a humanitarian aid worker and senior advisor. In these capacities, I have heard numerous women say that access to healthcare isn’t their priority if they have to choose between seeing a doctor or feeding their children, or paying school fees. Women with families and caregiving obligations consistently place themselves at the end of the priority list. How can we reach them, except by understanding their situations and receiving their input?

For real change to happen, governments must reimagine the health sector through the lens of women who are the most knowledgeable about flawed and inconsistent policies, poorly written and implemented legislation and regulations that do not take their needs into consideration. In some cases, broad and sweeping overhaul of systems that do not serve populations may be necessary — but there are often opportunities to create discrete policies that can have immediate impact.

The single most important need at this time is ensuring that women be at the forefront of any plans put forth by the ministries of health or the medical establishment. In many parts of the world, women are not at the policy tables to share their ideas, or to speak about how they are impacted every day by bad policies or no policies at all. As a result, health care policy is devised without the presence of those whose lives depend on it.

According to the Lancet Commission, “Health systems should…take into account the needs, experiences, and preferences of people and their right to be treated with respect…. However, this focus also signifies that people are not just beneficiaries of health services, but have a right to health care and have agency over their health and health-care decisions.”

At GHAI, we know that local civil society groups need to be in the lead, everywhere we work. These groups are the key to policy change and influence because they know their countries and understand their context. Working with these highly capable groups means cultivating women’s leadership and supporting them as they raise their voices to influence policies.