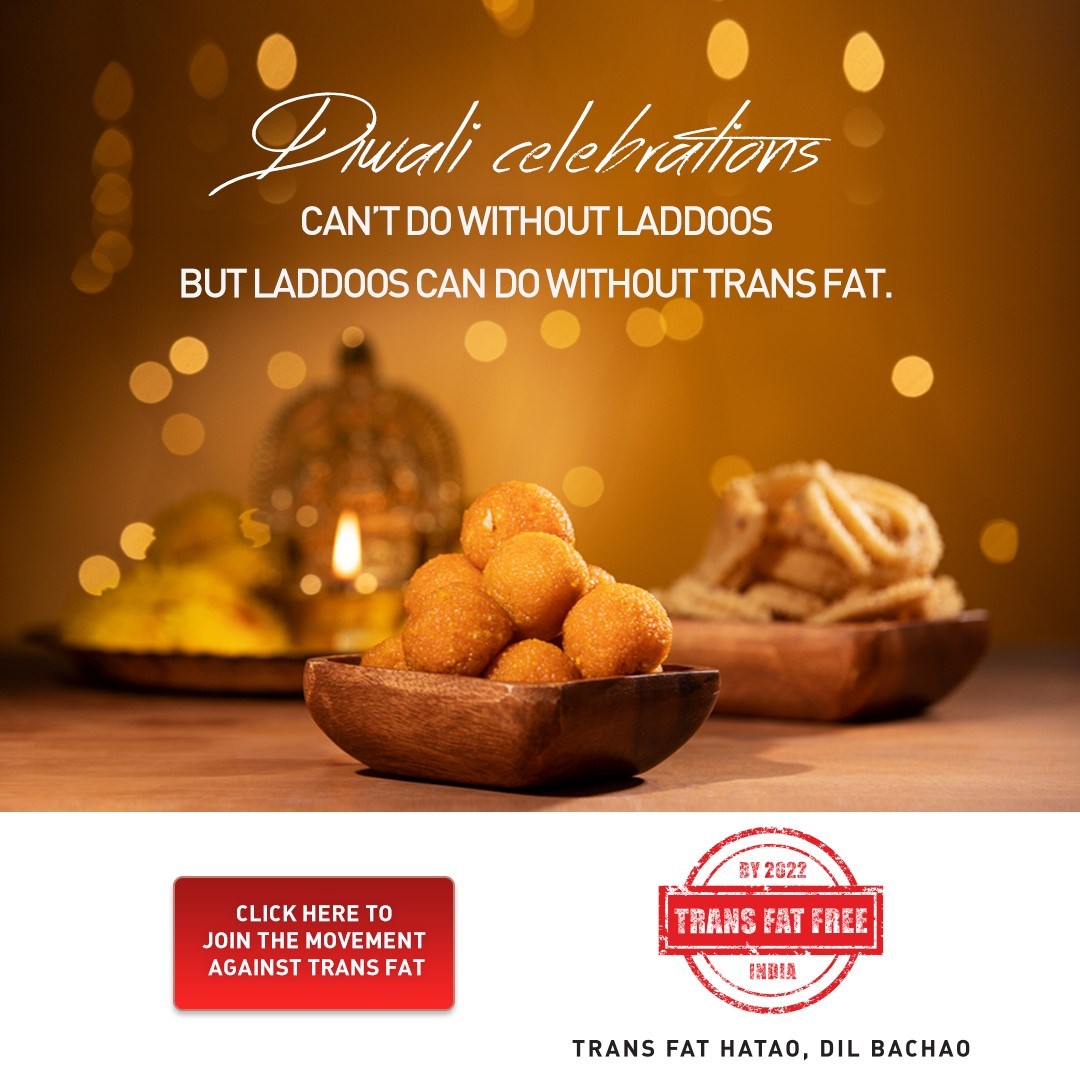 Another important milestone for public health: India is expanding its cap on trans fat to foods, following a spirited campaign by public health and consumer advocates around the country.

All food products in which edible oils and fats are used as an ingredient will have to contain industrially produced trans fatty acids (TFA) amounting to less than 2% of total fat starting January 1, 2022, the Food Safety and Standards Authority of India (FSSAI) announced last week. The notice comes barely six weeks after FSSAI established a two-step reduction of TFA in oils and fats.

Trans fat consumption increases the risk of coronary heart disease, dementia, Alzheimer’s disease and other ailments. It can be associated with at least 645,000 deaths worldwide in 2019, including at least 144,443 in India, according to a new analysis of Global Burden of Disease data by the University of Washington’s Institute for Health Metrics and Evaluation.

The Global Health Advocacy Incubator (GHAI) has been providing technical and strategic support to civil society and nutrition groups seeking to address trans fat in food. Together with government partners, these civil society advocates successfully framed TFA elimination as a public health priority, generated consensus around the need to eliminate industrially produced TFA in all foods and popularized the hashtag #TransFatFreeIndia on social media.

“The two recent regulations limiting trans fat in oils, fats and foods to below 2% position India to become a regional and global leader on this issue,” said Vandana Shah, who oversees GHAI’s cardiovascular health work in India. “Eliminating this harmful ingredient from India’s food supply is a clear step in the right direction towards creating safer and healthier food systems and reducing the burden of cardiovascular disease.”

GHAI continues to support states in the enforcement of TFA restrictions – including Punjab, which has become a leader on trans fat elimination.