India’s lockdown stranded millions. Advocates are working to get them home safely. 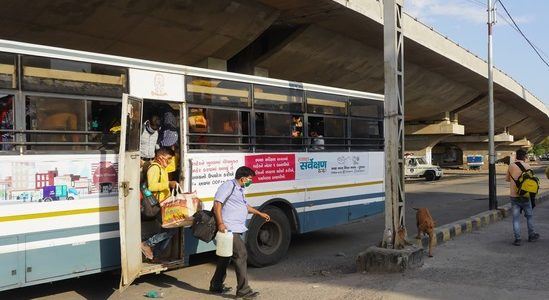 In March, amid global efforts to stop the spread of COVID-19, India initiated the world’s largest lockdown. The move required nearly 1.3 billion Indians to stay at home — orders that, while originally intended to last for 21 days, are mostly still in place.

While these efforts were intended to curb the spread of COVID-19, they also had major unintended consequences: leaving migrant workers, students and tourists stranded. With all transportation coming to a halt, millions of people had no way to reach their homes and families.

More than a month after the March 24 lockdown, India’s Ministry of Home Affairs (MHA) issued an order on April 29 allowing stranded people to travel home through a government-mandated bus program. India’s road safety advocates took notice: While the country’s road traffic crashes had dropped after the lockdown, advocates knew that— with a massive surge of people and movement returning to the roads and highways —India was about to see a surge in road traffic injury and death as well.

By early May, there were already multiple reports of lives being lost due to road traffic crashes as the transport order came into effect.  This moment provided a unique opportunity for the Road Safety Network —a national coalition composed of road safety advocates supported by the Global Road Safety Partnership — to urge the government, at the central and state levels, to ensure road safety measures were taken to protect the lives of migrant workers, students and tourists.

On May 14,the Road Safety Network sent a letter to the MHA highlighting both the concerns over the potential toll of unsafe transport and explicit recommendations to strengthen road safety during the transport order. The recommendations included provisions on behavioral risk factors such as speeding, drink driving and social distancing to protect passengers and drivers from COVID-19 and to protect vulnerable road users such as pedestrians, cyclists and those using motorized two-wheelers.

The letter resulted in substantial media coverage and public support. These efforts have been further bolstered by the Road Safety Network’s ongoing data collection surrounding road crash deaths and injuries, which it is regularly releasing to the public. As of early June, nearly 200 migrant workers have died, and more than 1,000 have been injured in crashes.

Follow the conversation supporting the safe and equitable transportation of Indians — with the hashtags #migrantsontheroad and #migrantlivesmatter.