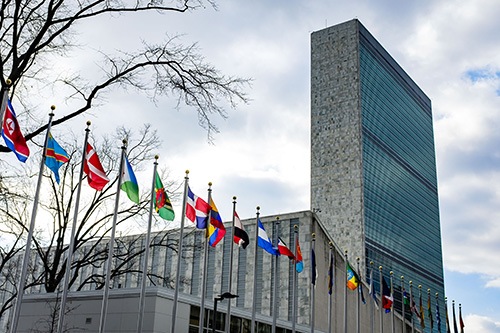 A longer version of this story appeared originally on the Health Affairs Blog.

On September 23, heads of state from around the world pledged to achieve universal health coverage (UHC) by 2030.  Whether or not the new commitment succeeds will depend to a large degree on advocacy at the country level.

The World Health Organization (WHO) defines UHC according to three objectives, each associated with the delivery of health services: access to services should be equitable (available to everyone who needs them), of sufficient quality to improve health, and affordable without incurring “financial harm.”  For these objectives to be met, countries will need to harness new funds, ideally while improving public health to reduce strains on the clinical health system.

Advocacy will help determine whether governments and communities prioritize and take ownership of policies and services that improve public health (“political will”), whether the public sector provides adequate resources for those policies and services (financing), how effectively they are implemented, and whether the government is held accountable.

If officials are going to support UHC in the face of any number of other competing priorities, they will need the will to do so.  That is most likely if their constituents support, and ideally demand, effective public health policies.

Political will has been defined in the Journal of Politics & Policy as “(1) A sufficient set of decision-makers (2) with a common understanding of a particular problem on the formal agenda (3) is committed to supporting (4) a commonly perceived, potentially effective policy solution.”  Successful advocacy campaigns map the political system to identify the key decision makers and the best way to reach them.  As the Politics & Policy definition indicates, political will also requires a common understanding, which depends on an informed public and can be supported by activities including media and public awareness campaigns.  This is particularly important because public health policies often generate opposition—such as in the example below.

South Africa’s finance minister proposed a tax on sugary drinks in 2016.  The levy was designed to drive down consumption and improve health in a country where obesity-related diseases like heart attack and stroke account for more than half of all deaths.  The tax needed to be passed by Parliament, and that required public health advocates to educate the public and parliamentarians about why it was necessary.  Not surprisingly, the measure was strongly opposed by some beverage companies.  According to the finance minister, advocacy was key to the tax’s adoption in 2017: “We received stunning representation on the harmful impact of sugary beverages on our people…mainly presented by Africans under the age of 40, and it made us very proud.”

There are multiple ways to fund health services.  Globally, 18.6% of health spending is out-of-pocket, 7.2% is paid from private insurance, and .2% comes from donors.  That leaves 74%, which is financed by governments.  Here is another place where in-country advocacy will be essential.  Advocates must demand that health services are included in government budgets, and ensure that the money is then disbursed where it was intended.  In many countries, after funds are authorized to be spent, they must still be appropriated by legislators in each budget cycle.  In addition, under federal systems funding decisions are often devolved to states, which may or may not fully support national priorities.  This means that advocacy needs to be ongoing to ensure that money goes where it was intended.

International donors (Bloomberg Philanthropies and Fondation H&B Agerup) had funded a successful maternal and reproductive health program in the remote Tanzanian region of Kigoma for over a dozen years.  Thanks to the program, almost 2,200 maternal deaths were prevented, and more than 210,000 newborns were delivered in improved healthcare facilities.  Earlier this year, the government of Tanzania signed a transition plan with the implementing partners, including Engender Health and Thamini Uhai, to take over stewardship of the project.  Thanks in large part to local advocacy, the government agreed to budget for the continuation of the lifesaving services, as well as to support the placement of additional health workers and retain health workers already trained by the program.

Once laws are passed, governments still need to implement them, and the population needs to understand them.  Civil society will advocate for the government to educate the public about the law and their own rights as part of the implementation process, to support behavior change and ensure policies get enacted.

One of the areas where the role of in-country advocacy is already widely recognized is in monitoring governments’ progress and holding them accountable.  This helps to ensure that policies and services are funded, implemented and leading to the expected outcomes.  In the words of UHC2030, “Strengthening social-led accountability is necessary to maintain the integrity of health systems, prevent corruption-related resource drain, and ensure more appropriate, acceptable and sustainable health programs.”

Bangladesh implemented a 1% Health Development Surcharge (HDS) on all types of tobacco products starting in 2014.  The funds were meant to be used for health promotion, including tobacco control, but tracking by CSOs determined that the money wasn’t being allocated and utilized for that purpose.  The CSOs responded by running an advocacy campaign that culminated in a new HDS Management Policy being approved by the cabinet in in late 2017.  As a result, funds collected through the surcharge were finally allocated for tobacco control starting in Fiscal Year 2018-2019.

The center of gravity for global health is shifting.  Decisions made in donor capitals and United Nations agencies remain important, and international NGOs still have a role to play.  However, action has moved to national and local governments, responsive to the needs of their people and simultaneously encouraged and challenged by their civil society.

The examples above illustrate a range of health issues, in a diverse set of countries.  Some common themes emerge, including:

CSOs aren’t just important partners in UHC.  They’re essential to ensuring that the vision of access, quality and affordability gets translated into reality.  In-country CSO advocacy is at the heart of UHC.