As a new year begins, the Global Health Advocacy (GHAI) team is taking time to reflect on the important work happening worldwide to make people safer on the roads. For road safety advocates, December ended on a high note: In Mexico, senators passed a long-awaited mobility and road safety bill out of committee; in Uganda, advocates celebrated the country’s Road Safety Week; and in Colombia, a newly-launched mass media campaign drawing attention to the perils of unsafe cars reached more than 17.5 million people.

In celebration of the new year, here’s a look-back at some road safety policy milestones — and the year in pictures: 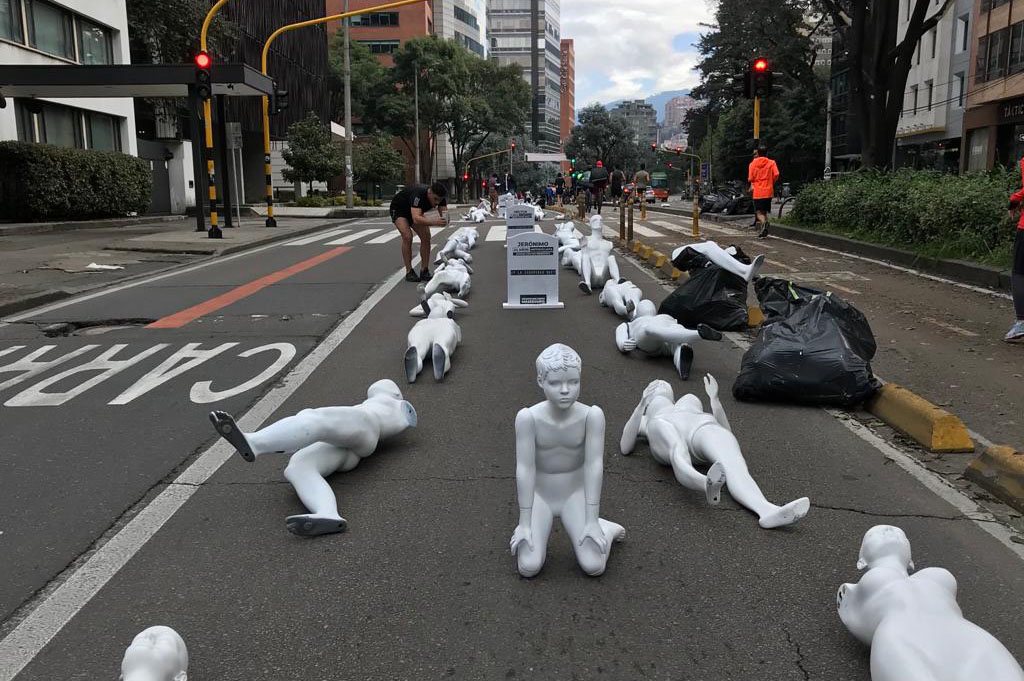 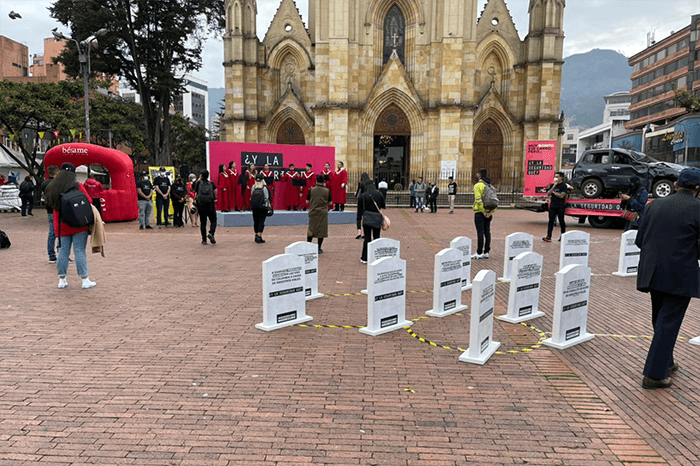 After years of intensive advocacy, Mexico’s senate passed a landmark mobility and road safety bill in December. Mexico’s thriving civil society sector gave way to a vibrant lineup of advocacy actions in 2021: In November, government buildings were illuminated in yellow for World Day of Remembrance; in December, hundreds of paper hearts were papered outside the senate to remind lawmakers the human cost of inaction; and on social media, the coalition published a lineup of advocacy-focused tweets that included photos of individual senate committee members — a call to action ahead of a major vote.

Spotting a rare opportunity, Ecuador’s nascent road safety coalition jumped into action as the country’s Transit Bill, dormant since 2017, breathed new life in 2021. Through intensive coordination and advocacy — including a major media push — advocates urged policy makers to bring the bill in line with global best practice. Their efforts paid off: In August, Ecuador published its lifesaving Transit Bill, which will help prevent the burden wrought by the country’s nearly 19,000 annual road crashes.

India began 2021 celebrating National Road Safety Month, drawing public support from members of parliament and public commitments by Transport Minister Nitin Gadkari, who reinforced the need for safer roads after a World Bank report put India at the top of the list of global deaths in road crashes. In June, advocates celebrated progress in Delhi, which revised speed limits for different types of roads. In April, the government announced plans to create a National Road Safety Board (NRSB) to advise and support road safety policy development, enforcement and evaluation. To the south, advocates launched a new chapter of India’s Road Safety Network in Tamil Nadu. And in November, Maharashtra adopted a new set of penalties to support road safety enforcement. 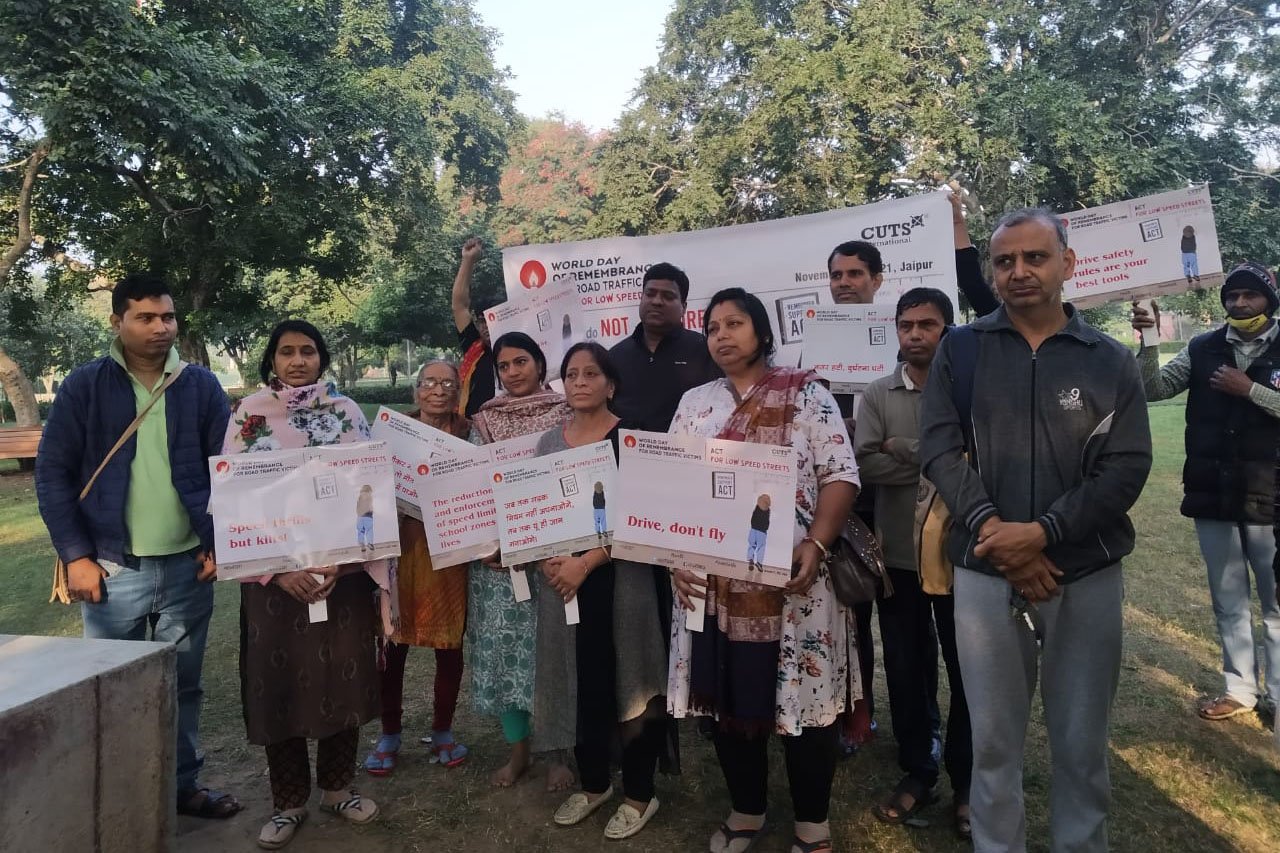 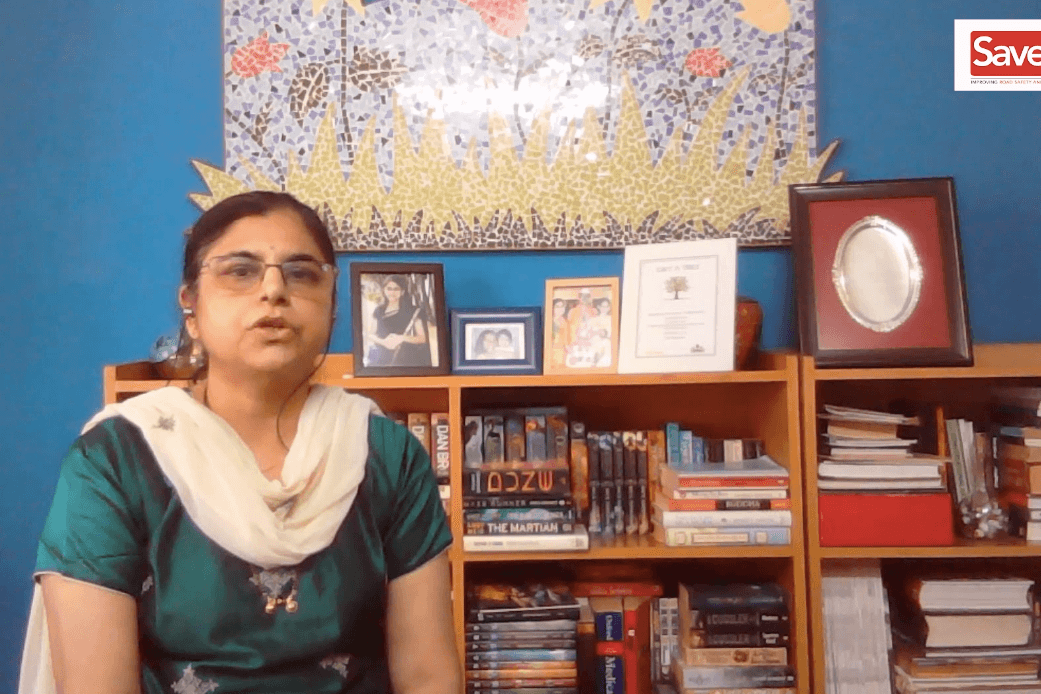 Pic 1: Advocates demonstrate during World Day of Remembrance in Jaipur. Photo credit: CUTS
Pic 2: Save Life Foundation premiered its Survivor Series online and on TV with interviews from road traffic victims and their families highlighting the toll of road crashes — and the need for stronger policies. Photo credit: SaveLIFE Foundation

In the Philippines, civil society organizations worked alongside the government to draw national attention to the lifesaving nature of the country’s new child restraints law through an ongoing public awareness campaign. This comes on the heels of public backlash to the law’s implementation, which was criticized as anti-poor. President Rodrigo Duterte came out in support of the bill, committing to a longer implementation timeline. 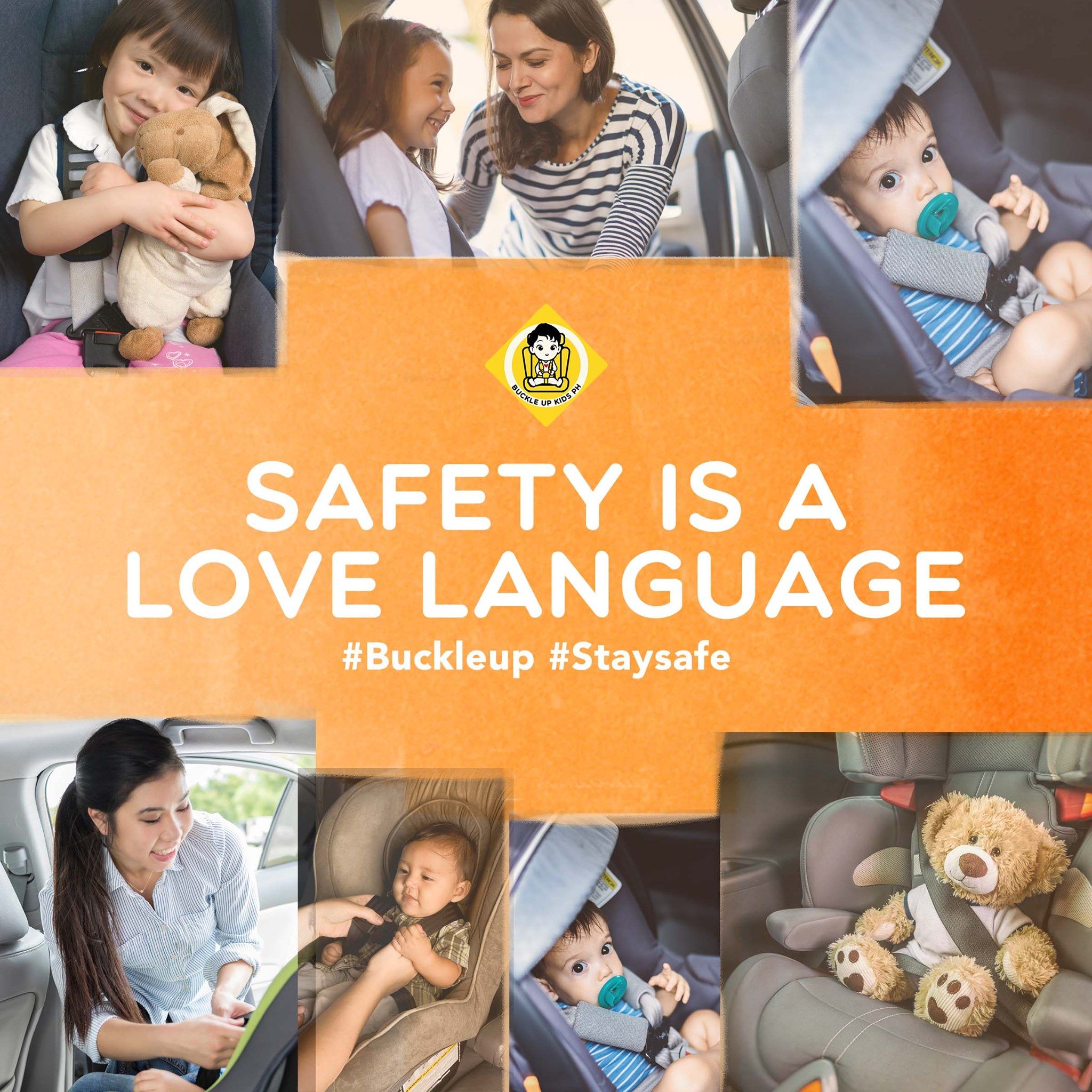 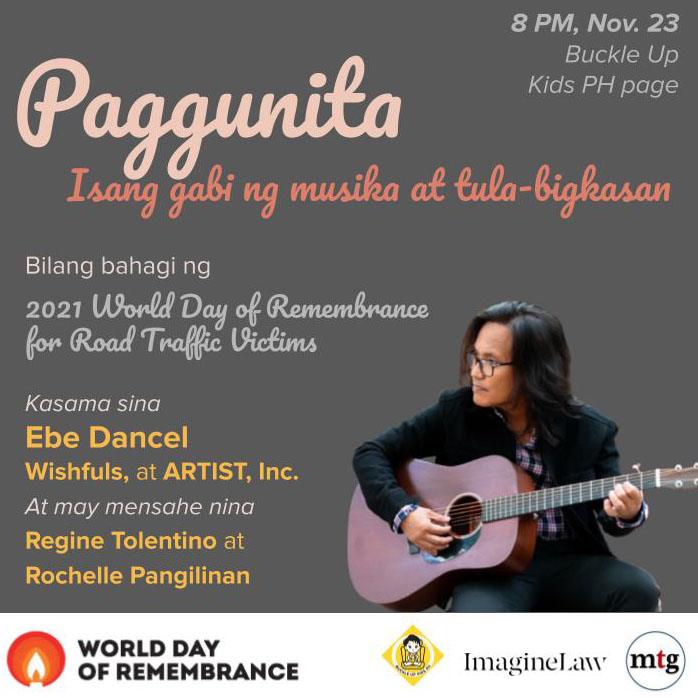 In Uganda, the government released its second draft National Road Safety Action Plan in October. The plan prioritizes the five road safety risk factors and calls for performance metrics to hold the government accountable for its implementation. Civil society groups have been working to influence the plan to ensure regulations for the risk factors are aligned with international best practices and standards. This an important step — and a first for Uganda, which has never had an official road safety plan. Lastly, in 2021 Parliament adopted a road safety resolution that calls on the government to reduce road traffic crashes and increase funding for road safety. 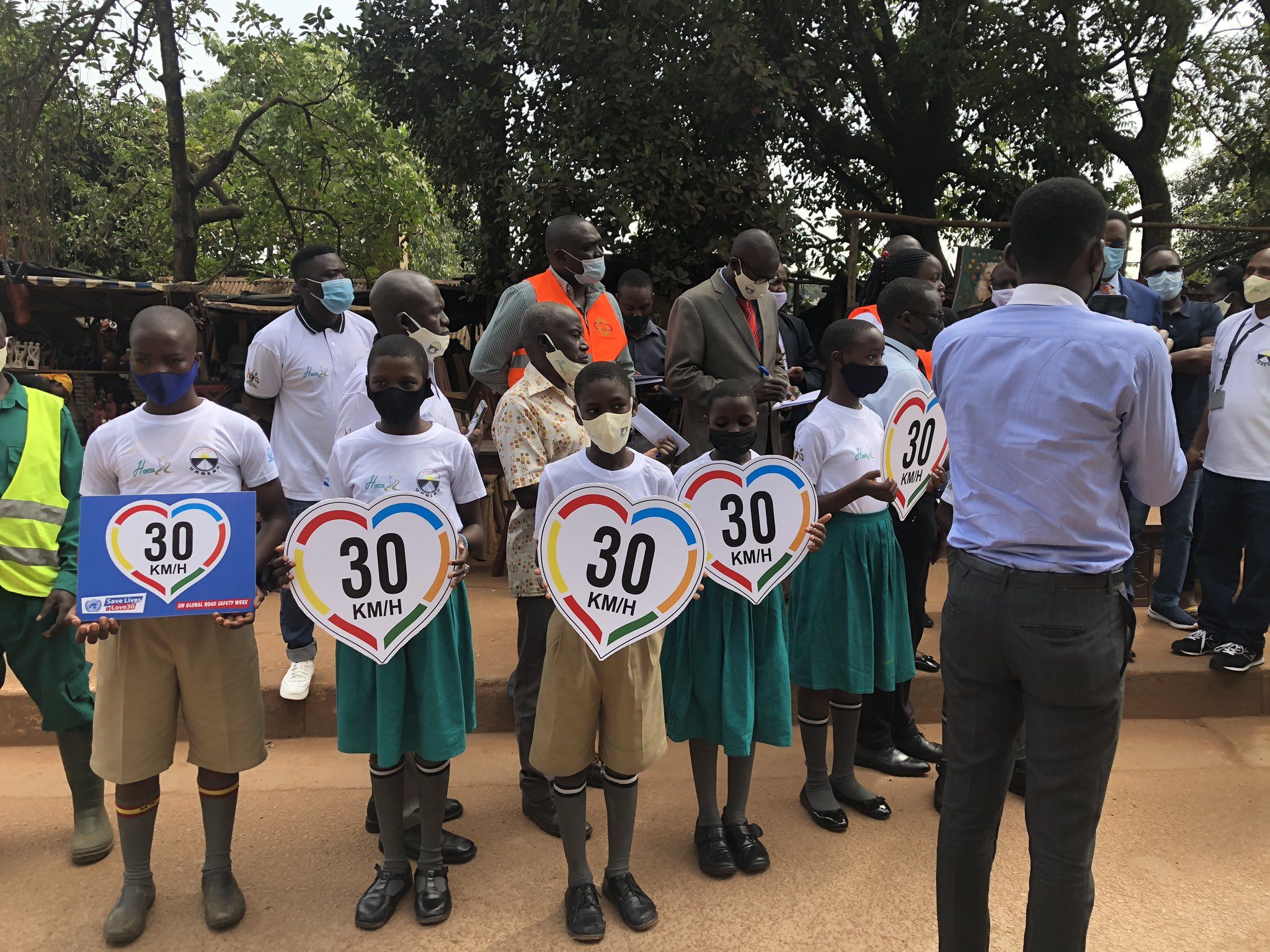 Looking ahead, advocates are gearing up for a busy 2022. Early in the year, Mexico’s mobility bill will go to the House, and the new vehicle standards regulation will be published and become mandatory. In January, India kicks off Road Safety Month. In February, Ecuador’s National Assembly will vote on recategorizing transit infractions to reduce points on the driving license. Tanzania will open a new legislative session, and civil society organizations in Uganda will continue to push the government to revise and update road safety regulations. In April, Carros Más Seguros will see a second round of momentum in Colombia.

At GHAI, civil society organizations will have access to a revamped suite of GHAI trainings and strategic planning tools. These programs — including an updated Fundamentals of Media Advocacy program — have been retooled to reflect emerging communications trends and needs. An expansion of programs to help cultivate policy champions, train campaign spokespeople and reach influential audiences in a fast-evolving social media landscape is underway.

We’ll be keeping everyone apprised on how the policy advocacy unfolds. Until then, happy 2022!