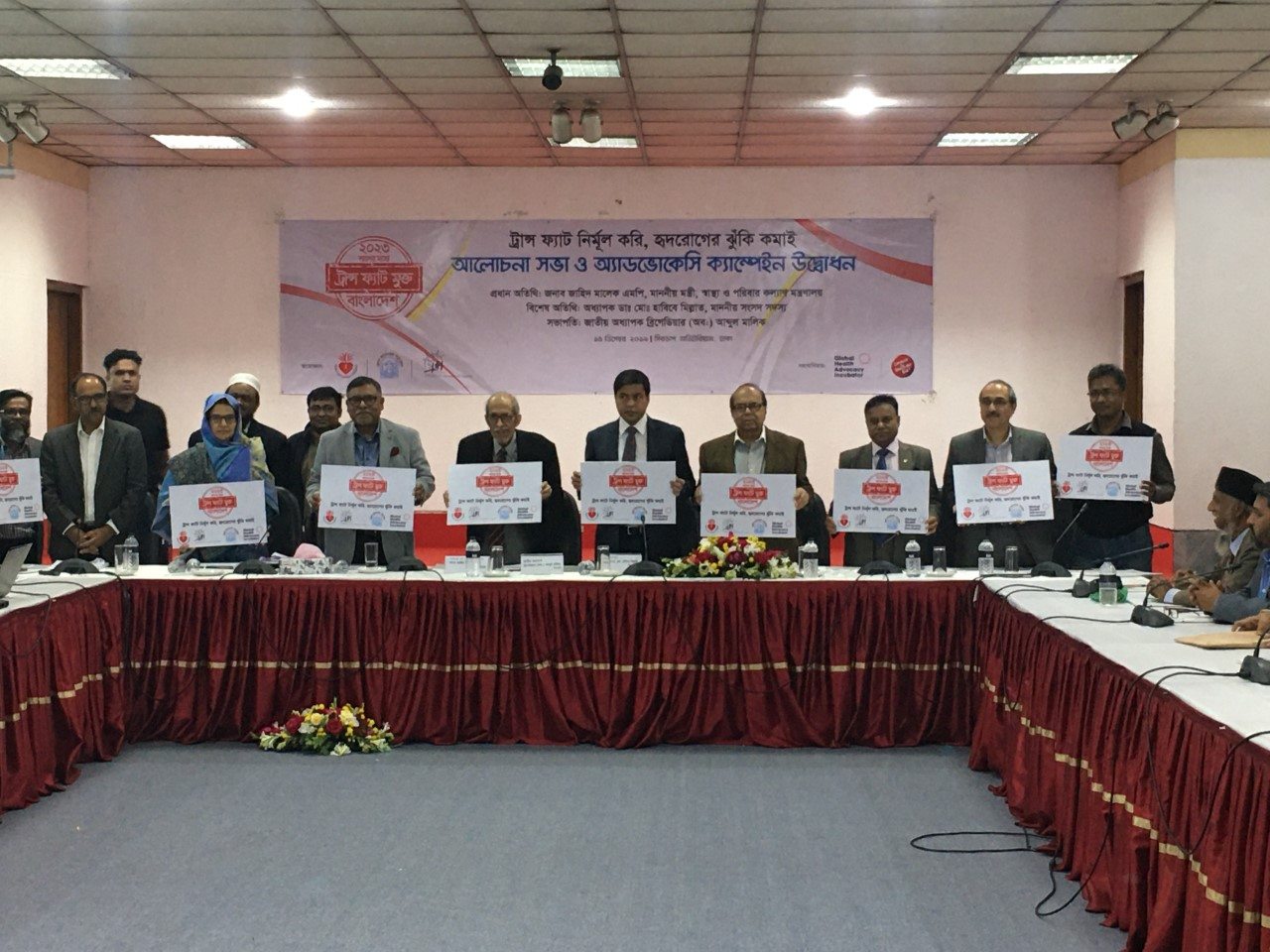 Trans fat consumption increases the risk of heart disease, dementia, Alzheimer’s and other diseases, and Bangladesh has one of the highest proportions of trans fat-related cardiovascular disease deaths in the world. The total number has been rising steadily, to more than 12,000 deaths in 2019, according to an analysis of Global Burden of Disease Data. Trans fat is found in particularly high quantities in partially hydrogenated oils (PHOs) that may be used in baked, fried and packaged foods even though there are healthier alternatives.

Bangladesh’s trans fat limits – which stipulate that trans fat content in fats, oils and foods may not exceed 2% of total fat – will take effect on December 31, 2022, making the country one of at least 40 that have adopted trans fat measures in line with World Health Organization recommendations. Earlier this year, India and the Philippines approved trans fat limits that will take full effect on January 1, 2022, and by July 2023, respectively.

“Bangladesh joins a growing number of countries that are heeding WHO’s call to eliminate industrially produced trans fat from the food supply by 2023,” said Vandana Shah, director of South Asia programs at the Global Health Advocacy Incubator (GHAI). “Bangladesh’s leadership should inspire other countries in the region and beyond to better protect their citizens from this toxic ingredient.”

Since 2018, a coalition of civil society advocates has worked with the Bangladesh Food Safety Authority (BFSA) and other stakeholders to make the case for trans fat regulation. Together, they launched a multifaceted campaign, with the National Heart Foundation of Bangladesh leading direct engagement of decision-makers, the Consumers Association of Bangladesh focusing on mobilizing grassroots support, and PROGGA conducting media advocacy. GHAI supported the development and implementation of advocacy strategies and engaged regularly with political and civil society leaders to promote international best practices for eliminating industrially produced trans fat from the food supply.

Researchers from the National Heart Foundation Hospital and Research Institute have sampled leading brands of PHOs used for food preparation by bakeries and restaurants in Dhaka City, guided by GHAI’s sampling protocols for rapid assessment of trans fat in oils, fats and foods. The analysis found that 92% of the sampled PHOs contained trans fat above the recommended 2% limit suggested by WHO. These findings have generated significant media attention and strengthened the case for trans fat regulation. In total, campaign partners generated more than 1,800 media stories positioning trans fat regulation as a public health priority.

GHAI and partners will continue to support Bangladesh authorities in the implementation of the new trans fat limits.

Learn more about the work of GHAI’s Cardiovascular Health program to catalyze food and health policies that improve heart health and save lives.