Last month saw publication of a study of Chile’s groundbreaking food labeling and marketing law. The results are sure to encourage anyone hoping to use policy to address the increasing global burden of non-communicable diseases (NCDs).

In 2016, Chileans were consuming more sugary drinks than any other country in the world. Consumption of unhealthy foods and beverages, such as those high in sugar, has been a leading contributor to growing rates of NCDs such as obesity, overweight, and diabetes. The impact of an unhealthy diet was substantial in Chile where two-thirds of the population were considered obese or overweight.

In response to this problem, Chile implemented the Food Labeling and Advertising law in 2016. This set of policies, now considered a gold standard globally, mandates front-of-package warning labels, restricts child-directed marketing, and bans promotion and sale in schools of all foods and beverages high in added sugars, sodium, and saturated fats. More importantly, new research published demonstrates that this groundbreaking policy is having a positive impact. 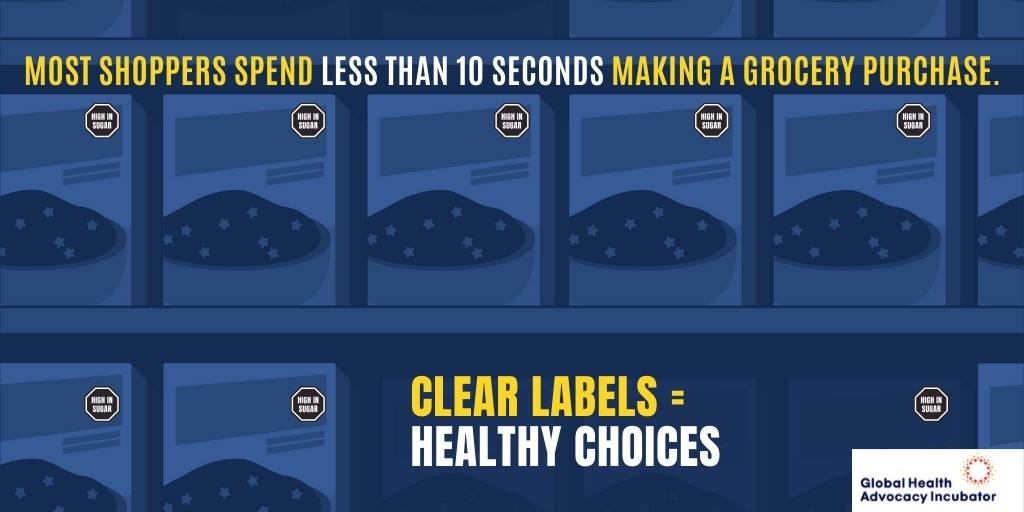 The law’s impact has been measured in a new study in PLOS Medicine by researchers from the University of North Carolina, Mexico’s Instituto Nacional de Salud Pública and the University of Chile. Chile’s household volume of high-sweetened beverages purchased decreased by almost 24% after implementation of the policy package—a reduction significantly larger than previously expected. The largest reduction in household purchases was among high-sweetened fruit beverages, such as fruit-flavored sugary drinks (-42%) and dairy beverages, such as sweetened and flavored ready-to-drink milk (-20%). Additionally, the volume of non-high sweetened beverages, such as waters and beverages containing lower amounts of sugar increased by 4.8%.

Globally, an estimated 44% of adults are overweight or obese, and 70% of those adults live in low- or middle-income countries. Policy packages informed by Chile’s law are being considered by policymakers in other countries looking for effective policies to reduce consumption of unhealthy foods to combat NCDs.

Through its Obesity Prevention Program, the Global Health Advocacy Incubator provides technical support and partners with organizations advocating to improve health outcomes through strengthening healthy food policies—including the types of policies that have proved successful in Chile.