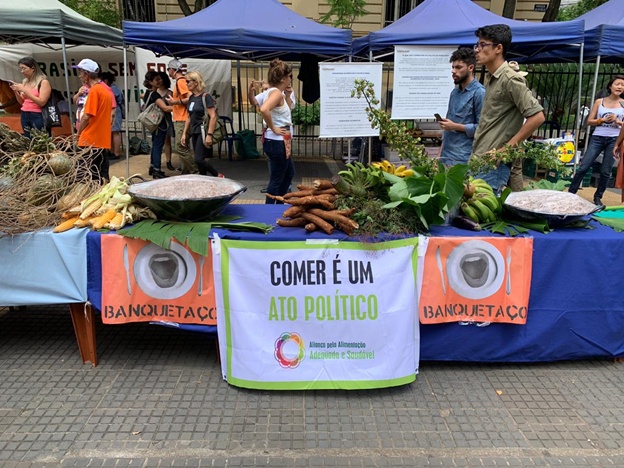 On his first day in office, newly elected President Jair Bolsonaro issued a Provisional Measure to eliminate the Brazilian National Council of Food and Nutrition Security (CONSEA). This cross-sectoral council, made up of civil society (2/3) and government (1/3), has played a critical role in advising government and key decision makers on effective healthy food policies. Since CONSEA’s inception in 2003, the Brazilian government has recognized the right to food in the country’s constitution, and has adopted a number of important policies, such as the program for direct procurement of food from family farmers, and in improvements in the National School Food program. The Brazilian government also developed and published the Brazilian Dietary Guidelines in 2014, recognized globally as model guidelines.

In response to this threat, Brazilian advocates, including members of the Aliança pela Alimentação Adequada e Saudável (Alliance) joined the hundreds of organizations participating in the “Banquetaço,” a massive street demonstration in support of maintaining CONSEA’s existence.

The Alliance, a vibrant coalition in Brazil that promotes healthy food policies, joined nutrition experts, chefs and advocates in 42 cities across Brazil for the “banquetaço.” Volunteers prepared and served more than 15,000 meals made from fresh produce donated by agroecological and locally-sourced family producers. Alliance members also conducted labeling tents to highlight CONSEA’s recommendations related to the regulation of food labeling, taxation of unhealthy beverages and foods and restriction on the marketing of unhealthy food to children.

The Brazilian Congress has 120 days to vote on the President’s Provisional Measure. 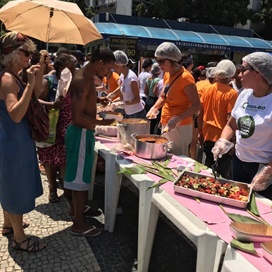 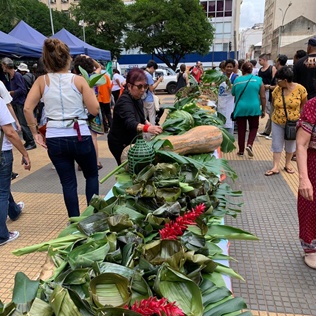 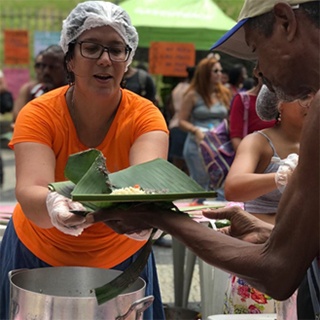